Apparently I'm doing some advice-I-hate series, because I have yet another bit o' wisdom that makes me go OHMYGOSH WHY?? This one comes from quite a few sources, and quite frequently. It gets me more and more infuriated with each reiteration, until, well, angry blog posts happen. Said piece of advice:

"You're young. Don't worry so much about it. You've got plenty of time. "

There's always a but.

I'll be 21 in August. When I tell people I have an agent and have written novels (the plural always gets 'em), they get this "Wow!" look that makes me a little...uneasy. Like because of my age, they didn't expect as much out of me.

If I had listened to their advice and "not worried so much" about getting an agent or getting published, I wouldn't have the world's most AMAZING agent and wouldn't have nearly the experience/growth I have as a writer. I'd be far less mature and far less driven, and would be nowhere near as close to achieving my publishing goals as I am.

It was hard. REALLY hard. And a lot of it sucked. But do I regret any of it? Do I feel like in focusing on a writing career instead of "being a teenager" that I was cheated out of anything? HELL NO. What did I miss? Honestly, I can't think of one high school/teenage experience that I would go back and add to my life.

And now, being almost 21, I have the same advice given to me about (you guessed it) BOYS. Relationships. *gasp* MARRIAGE. Even though I'd say about 70% of my friends are engaged and/or in serious relationships, I get told to "slow down" and "not worry about it" because I'm young and have my entire life to get married. True. But telling me this, giving me this advice, doesn't stop the fact that I still WANT things. Telling me not to worry so much about my writing career didn't kill my dream to be published. It just...actually, it didn't affect me at all. I kept right on going at the pace I was going. I'm a great listener.

I feel like this piece of advice is offering me a cop-out. A way to shrug off the responsibility of being mature and say "Eh, I'm young. I don't have to worry about "adult" things. I'll just sit here and mooch off people and take it easy. After all, I have my WHOLE LIFE to do stuff."

When does one become "old enough" to worry about things, exactly? When I'm 25? Is that when I should start seriously worrying about why I have no marriage prospects or why my book isn't getting picked up or why I have no job options? Or maybe 30? 35? What is the cut-off age for being "young enough" to not worry about things? Or will me not worrying about things suddenly become "irresponsible" one day, and all this advice about not worrying will suddenly turn into angry shouts of how "lazy" I am?

Or maybe I could just keep on living how I am living and wanting what I want. Because even though I am young, I still know what I want. I still know I want my book published. I still know I want to get married. And just because I'm young and I have "plenty of time" doesn't mean I'm going to stop seeking these things. I'm not going to give up on them until a more "opportune" time in my life. I don't think such times exist. Waiting for the stars to align and the moon to glow just right and the seasons to cooperate and I'm emotionally stable and financially secure and oh, yeah, I have a nice house, too -- it's like waiting for rain in a desert. Possible, but not probable.

So while I appreciate the advice, I can't take it. Taking it would mean to stop fighting for what I want. And I can't stop fighting.
Posted by Sara Raasch at 7:21 PM
Email ThisBlogThis!Share to TwitterShare to FacebookShare to Pinterest

Have I told you recently how much I love your rants? Because I love 'em!

Despite being "young" you should always seize the day. You know how I feel about that Sara, the whole being young/immortality thing our generation has going on, you know how much it upsets me. And advice like that just enforces those kinds of beliefs. Thank you for this rant Sara, I appreciate it!

You're right of course. There's nothing wrong with wanting an awesome man in your life, regardless of your age. I started dating my husband when I was almost 19 and never once did I think I was too young to be in love.

Sometimes people just tell you crap to try and make you feel better. Just take it with a grain a salt.

I agree, I kind of adore your rants. I got this a lot too. And you're right, you hit about 30 and the advice is the exact opposite:

Why haven't you DONE anything with your life?

What have you been doing the last decade, you lazy bum?

Don't you have any aspirations?

Funny how that works.

I've always been driven, and I've never understood why I should wait to go after things I want to achieve.

"When does one become 'old enough' to worry about things, exactly?"

When you're 32 and unagented, reading rants by agented 20-somethings. Oh crap, did I say that out loud!

Seriously though, I like your rants too. They're fun reads and remind me of what to be careful about :-)

It's funny, when my wife and I married at 22, we got an awful lot of, "You're so young!" Then when we didn't have kids for another 6 years, people started asking, "Why not?" I saw screw people's expectations and be you.

The first thing may be to know who you are. Then know what you want and why you want it. Next, set daily, weekly, monthly, etc. goals you can realisticly achieve toward your major goals, so you can measure your progress in a visible way. Each short term goal reached toward your long term goal, document it, because you will feel like you are failing at times and you will need to review how far you have come.

Remember, long term goals are not met alone in a vacuum. You will meet and need the help of others. You may even meet and have to help others. Make your goals your top priority 24 hours a day, yet realize you are going to be side-tracked at times. Later, you will find some of those times you were side-tracked or distracted play a role in reaching your goal. Focus your life on your goals and you will achieve the goals that are achievable for you.

I will leave my thoughts there for now. YOUTH, GENDER, RACE, and so much else matters little in achieving your goals, for there are always obstacles. It's how you overcome those obstacles that is important.

Although there may also be a bit of, "Will you stop overachieving so I don't feel so lazy in comparison? Gah!"

"Eh, I'm young. I don't have to worry about "adult" things. I'll just sit here and mooch off people and take it easy. After all, I have my WHOLE LIFE to do stuff."

This is the problem, I think, with many in our generation. They don't want to be adults yet. You are a great deal wiser than many. Just like I said in your last post's comments, I think many of our problems come from the fact that people don't want to grow up and be responsible.

Anyway, my younger sister's experiencing the same thing. She's 22, recently graduated from college and now suddenly everyone's asking her about romance and marriage. She's sick of it. I think unfortunately they are comparing her to me (was one of those ones who was engaged by her age) but everyone's different and I know I get tired of watching people try to match her up :P And now, I'm at the point where people are asking me when I'm going to have kids, because you know, if you're married for three years and you don't have one yet, something's wrong (at least it seems to some people around me :rolls eyes:)

Came here via Between Fact and Fiction's Natalie, cool post.

I can say I really relate to this, since I'm a serious...underage author? Usually I have to worship the likes of S.E Hinton and Kody Keplinger just to think that maybe it's possible. The thing is, I can't see myself doing anything else BUT writing. Even when I go to college, I intend to take on screenwriting, just to continue.

Thanks for this though, I do love rants...I'm subscribing!

I was ranting about the same thing just recently actually. I'm quite fed up with people making excuses for why someone is or has to be lazy just because you're young. If you don't learn how to be an adult and be responsible when you're young, then when you're finally an adult, you're going to have a tough time navigating your way through those obstacles. I don't know when the cut off date is, but I wish they'd make it clear.

Thank You! I swear people giving this advice is because *they* want to do something with their life then turn around and point the accusing finger of lazy bum.

Screw ageism and all its biases at every age.

I totally agree. I think this happens because most people just don't think of writing as a career. If, at 21, you'd said you were going to work in an accounting firm, noone would have told you to chill out and take your time. 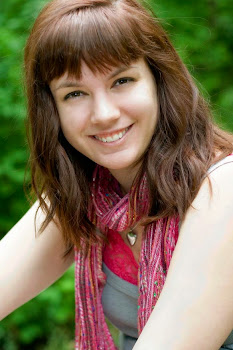